on January 16, 2017 By GatesofFreedom In Uncategorized Leave a comment 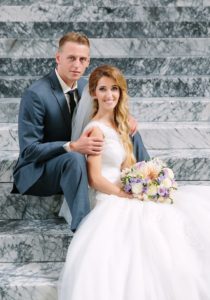 It doesn’t matter now how it all started, nor would I have room for such details…but let me tell you of the moment when it all changed. It was a cold, rainy day—February 7, 2015—my first morning at GOF. Everyone went out to do their daily chores. I was in the living room alone, depressed and miserable. All I could think about was money and drugs. The day before was the day that I had reached rock bottom. So here I was.

Suddenly, I remembered a verse from the Bible: “So if the Son sets you free, you will be free indeed.” Yeah right! I thought to myself. Suuuuure! A mocking thought followed. Then, with a desperate anger, I almost screamed in my mind to God—“If there is such ‘freedom’ how does it work?”

At that time, I was completely confused about whether freedom is earned or whether it is given without effort. All of the doctrines I had been taught since I was a child were contradicting one another. So I asked again, “Show me the FREEDOM that YOU are talking about!”

Some time went by, and my old friend Paul walked through the main door along with two other brothers. He smiled at me and said, “Alex, you need to stop moping around on that couch. Come outside, get some fresh air.” I dressed up like an Eskimo and followed them out to the farm. I felt physically sick from the withdrawals but felt even worse inside. Drugs and crime were all I could think about.

I was standing off to the side, watching these ‘happy individuals’ chase sheep in the mud and rain. I remember thinking, Wow! How is this any fun?! Really?! How can you guys be so full of joy on a day like this? In a place like this? With weirdos like these?

And then it happened! I felt a very gentle, peaceful wind blowing through my mind. I froze in silence. I kept looking around, trying to understand what had just happened. A few moments later, it dawned on me…there were no more thoughts about drugs…all of a sudden, my mind was free from desperation and anxiety. I felt like someone had lifted a heavy load off my shoulders—a load that I had carried around for a long time without even knowing it was there.
That day is now a milestone of one of the greatest, silent victories that God has won over my soul. God is my witness when I say that after that day, I haven’t even once thought about going back to my old ways. Now I know! If the Son of the Living God sets you free, you are FREE INDEED!