on July 14, 2018 By GatesofFreedom In Uncategorized Leave a comment 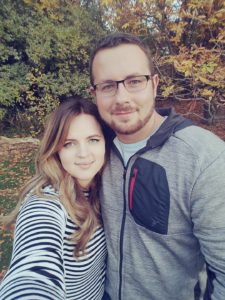 I was born in a Christian family in Ukraine. When I was six years old, our family moved to America. Growing up in this country, I was negatively influenced by many of my friends who were not Christian.  It was interesting to hang out with them and try “forbidden fruit” that I didn’t have access to with Christian friends. I didn’t think of the consequences.

My wrong choices led me to a drug addiction that lasted more than 5 years. I don’t even know how it occurred. One day, I turned around and found myself in despair and at a dead end. After God saved me from an overdose and other situations where death was near, I began to repent but was unable to leave the sin.

Due to my way of life and a run in with the law, I was sentenced to prison. My loved ones continued to pray for me diligently and the Lord began to save me through the difficult circumstances in my life. After completing the sentenced time, I was transferred to immigration jail to be deported. When I was there, I started seeking God in earnest, dedicating my life to Him. A miracle occurred and I was released.

In prison, I heard of the recovery center, GOF. After my release, I decided to go there to become strengthened. When I was on the program, I learned a lot. And the most important thing that occurred was that the Lord Jesus gave me victory and complete freedom from the slavery of sin. After completing the program in 2011, I received water baptism and began to serve God and help others. Within one year, God gave me the opportunity to repay my loans. I have a good job, and not only that, but God gave me a wonderful wife! I thank the Lord Jesus Christ for my new life!